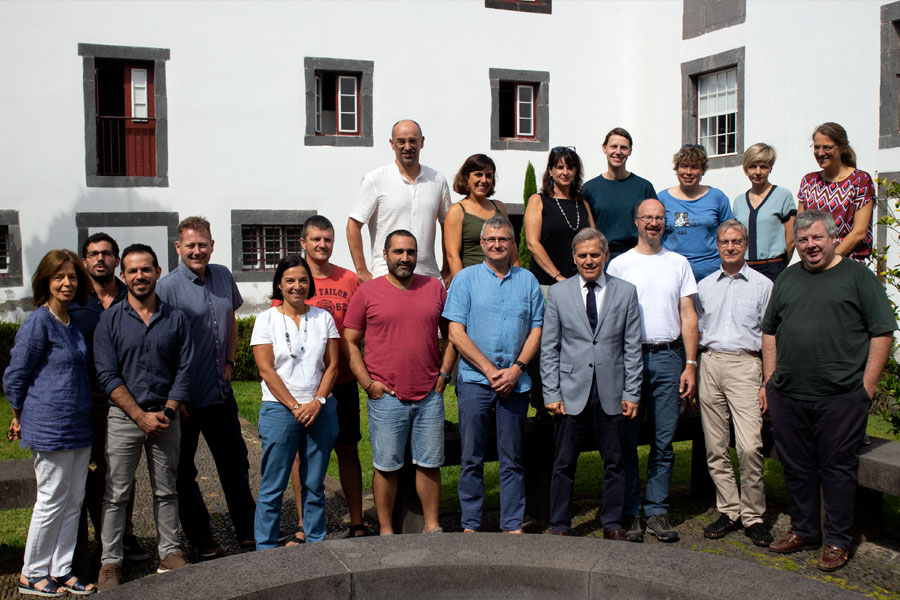 The annual report of RCG LDF technical meeting 2022 is now available under the Reports section. The document was compiled after the RCG LDF annual technical meeting (TM) that was held in a hybrid format, with a group of participants attending the meeting physically (Funchal, Madeira, Portugal from July 13th to 15th) and others connecting to the meeting through the online ZOOM communication platform.

The group reviewed the progress in regional coordination since 2021, the outcomes of the 18th Liaison Meeting and feedback from the end-users. The group also reviewed the Long Distance Fisheries activity by MS in CECAF, SPRMFO and other areas with the use of updated 2021 data provided by MS through the Regional Database (RDB). Data were uploaded by MS to the Regional Database hosted by ICES in support of RCGs work.

In 2022, for the first time the RCG LDF dealt with NAFO issues, following a decision taken in 2021 to move NAFO area under the realm of the RCG LDF. Being the first time, this RCG focused on becoming familiar with NAFO procedures and MS activity in NAFO area.

Based on an analysis of the updated fisheries overviews, the RCG LDF concluded that there is no need for amendments to the NWPs for 2023 and beyond in respect of the long distance fisheries in the areas of CECAF, SPRFMO and NAFO.

Potential new fishing areas of competence of the RCG LDF and new needs for data collection coordination is related to the EU accession to the North Pacific Fisheries Commission (NPFC) However, as the EU fleet is not authorised yet to undertake any fishing operation in the NPFC area, there are no data collection needs for 2022.

In 2021, common RoP for RCG NANSEA and RCG Baltic were adopted by the NC decision meeting in September. Following this decision, the 2022 RCG LDF reviewed the option to align its RoP with the common RoP to avoid the situation where one MS as a member of two or more RCGs would need to adhere to a different set of rules. The 2022 RCG LDF concluded that the current situation is not causing any conflicts for the MS, though an in-depth analysis to ensure that the different RoP are not in conflict by design will be done intersessionally prior to the 2023 meeting. With the move of NAFO under the RCG LDF, Estonia became a new member of RCG LDF. Pending the revision of the current RoP and with the approval of Estonia, RCG LDF considers Estonia to be a full member of the group as if Estonia was included in the current RoP.

An intersessional subgroup ISSG SPRFMO-OP continued its work in 2022 wit a series of online meetings to address a newly required SPRFMO observer programme accreditation procedure to prepare for data collection in the SPRFMO area beyond 2024. The ISSG prepared the plan of action for the OP accreditation process implementation, which was accepted by COM and MS concerned. NLD, DEU, LTU and POL will cooperate under the leadership of NLD to obtain SPRFMO accreditation for the EU Observer Programme. In January 2022 the EU delegation has formally announced at the SPRFMO 10th annual session the intention to start the accreditation process.

Overall the Group made two recommendations:

The next RCG LDF meeting is planned for late June or early July 2023, and Lithuania kindly offered to host this meeting. The meeting will be chaired by Irek Wójcik (Poland) for the last year of the second term.